Some of you may remember that I had a previous thread which ran to 11 pages, but that was seriously compromised when Photobucket withdrew photo sharing rights and so I have stated afresh.

My layout is set in northern China in 2004, is 26ft x 10ft and intened purely for exhibition use.

The scenic section is split into three distinct sections ....

1. A predominately steam operated industrial line at the back - shown in black on the trackplan

2. A double track China Rail line through the middle of the layout which is purely diesel powered

3. A bi-directional 'provincial railway' which connects to China Rail at a passenger station and freight yard off-scene to the left. This line still uses steam but is in the process of dieselisation.

All of these features could be seen in China in 2004.
R

I'm not sure if I'm getting the best out of it, but you can use the BB code (whatever that is!) and insert it into the thread - I find that that also generates some text on the screen but by deleting some of the code I can loose that.

Allow me to explain ...... here is that same image just uploaded... via Insert : Center ... it includes unwanted description, my name etc

By experimenting I have learnt how to delete that unwanted text as in ....

Joined Oct 19, 2009
·
883 Posts
Hello (Paul?),
Thanks for starting again, it really is a most impressive layout!
I do admire you for modelling such a far off railway but one that is quite fascinating, especially at this time period. I presume you have visited China then?
How do you cope with the Chinese alphabet? I follow Greek railways and their characters are hard enough, to me - Chinese characters are just gobbledygook! I don't mean any insult by that, it's my slight dyslexia at fault!
Cheers,
John.
T

Secondly , yes, pleased to be back on MRF. It will take time but I will try to bring everyone up to date - eventually!

Lastly, I have a few railway friends with Chinese wives and so translation is not a problem.

Joined Dec 15, 2011
·
1,038 Posts
Great Subject I am Sure there was another Modeler on Here doing Chinese, In Relation to Uploading I dumped my Photobucket account about 2 months ago and Ended with a Flickr Account and Yes it is free It has a few Quirky things But once you have learned the Process it is Simple for people like me. Babs
R

Joined Nov 5, 2009
·
3,352 Posts
Actually - if I may interlude - paul do you have any knowledge of Chinese diesel models?. Specifically I am looking for a DCC Sound decoder for this Bachmann China model

I saw on some sites there was a DXDC decoder ref 5303 here http://www.digsight.com/English/5303.html

But they seem to have disappeared and had some varying quality control issues. My option is to buy a know decoder but then try to find ound files for the DF11
Cheers
T 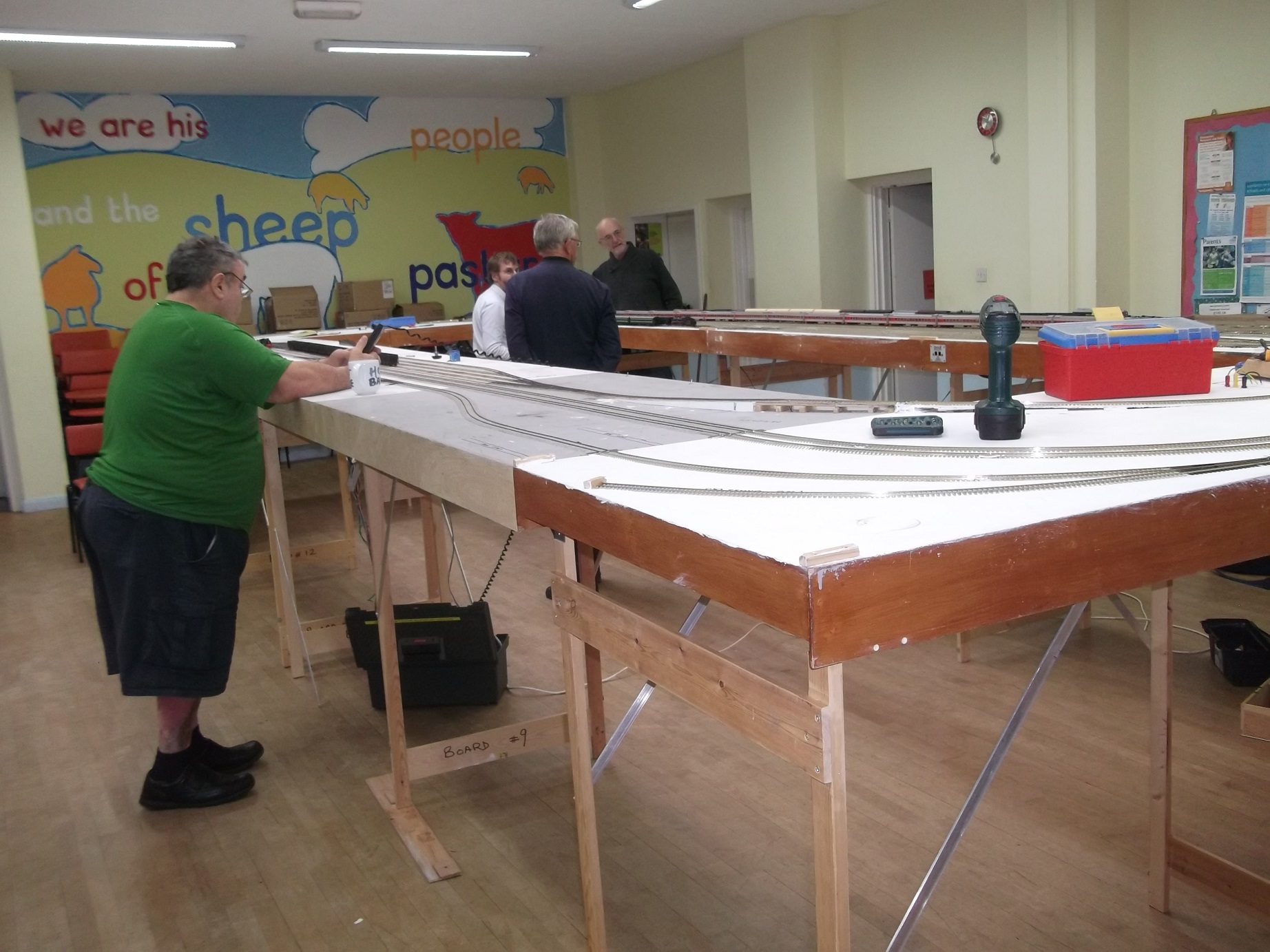 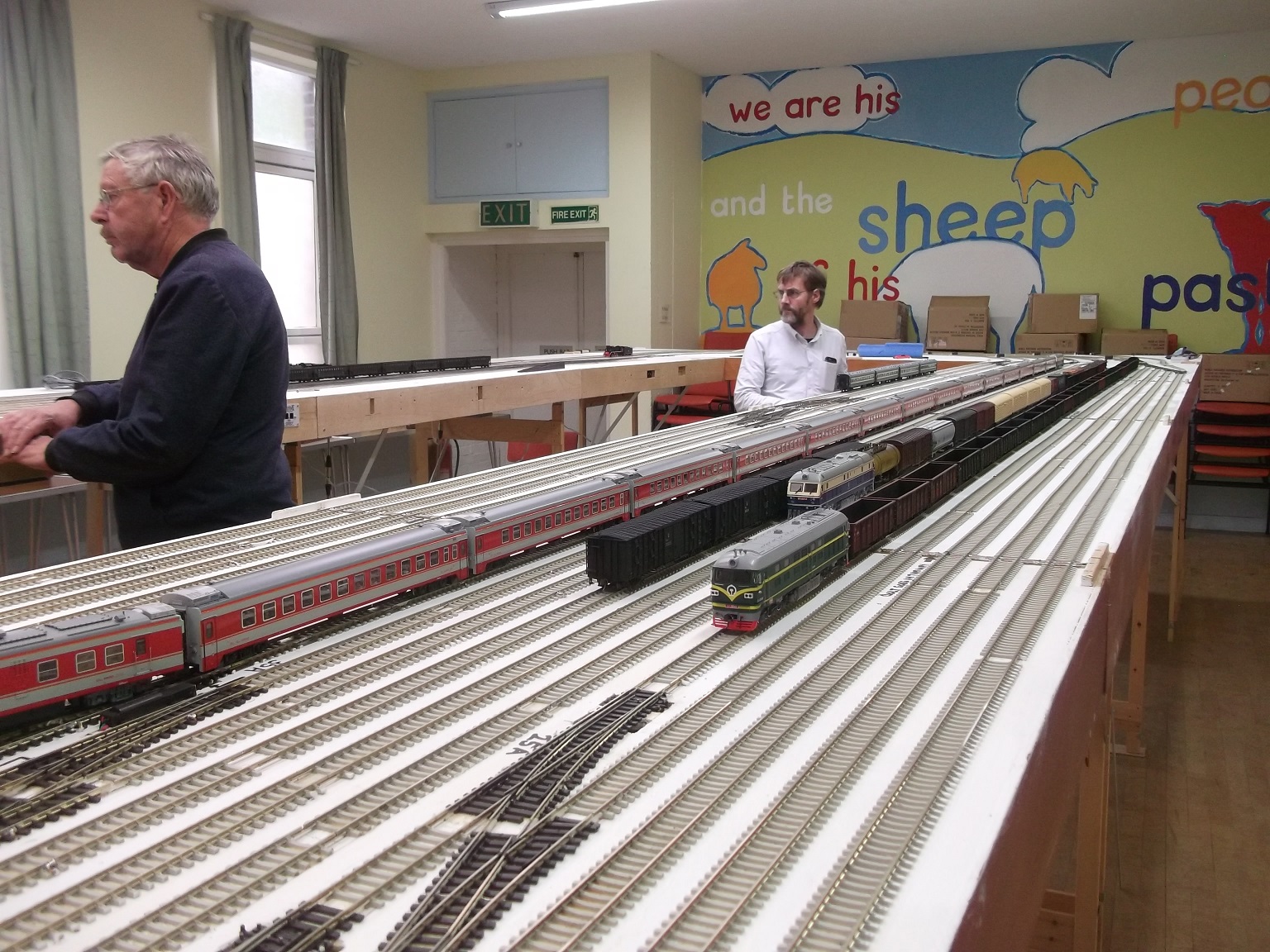 I am adding an open air gym area to the market ... 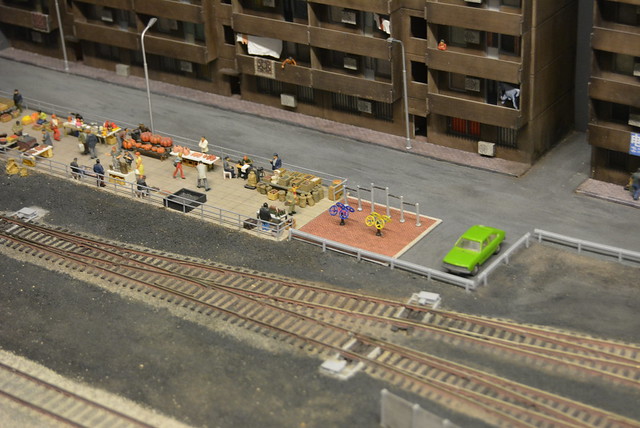 Here is a photo of a real Chinese industrial railway that was an inspiration for the layout............ 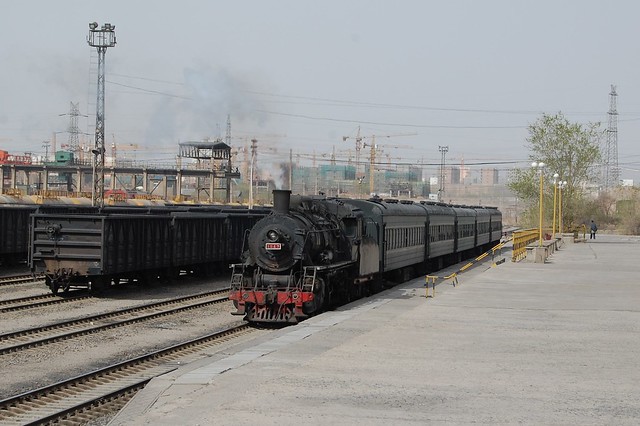 Joined Jun 20, 2014
·
214 Posts
And here is a photo of the model industrial railway, albeit a coal train rather than a passenger one!

The layout has now been to two exhibitions : Bristol in May last year and Stevenage in Jan 2019. Each time it improves as we learn more about how best to run it - it is too big to set up at home so only runs at exhibitions!

Our next show is Fareham OCT 5/6 this year.

Here is a photo from Stevenage ....

Joined May 31, 2007
·
7,926 Posts
It was very interesting to see this layout at the CMRA St Evenage show earlier this year. Very different, and I wish that more time
had been available for a second look (I was called away, story of my life at present).
T

Both exhibition outings have been stressful for the operators and several operational features have, so far, never been attempted. One of the biggest issues (literally) is that the layout was far too big to set up in our old house/garden. There are twelve boards altogether and we could just about get three up at any one time for testing. Whilst we several times hired a local church hall and set up the entire layout for two days at a time, these sessions were for work and testing rather than full blown operating sessions. Consequently Bristol exhibition was our very first fully blown operating session!

One major issue has been the lack of route selection. There are at least 25 routes that trains can take and with each point control on the Digitrax handset needing four button pushes changing routes manually took time and effort. Some routes require up to 10 point changes - that's up to 40 button pushes!

Our tame DCC expert had three attempts at introducing route selection - all failed. My operating crew gave me an ultimatum - no route selection equals no operators for our next show at Fareham in October.

A move to a bigger house in order to gain more modelling space has resulted in a garden area which can just accommodate the whole layout - a huge advantage for testing. 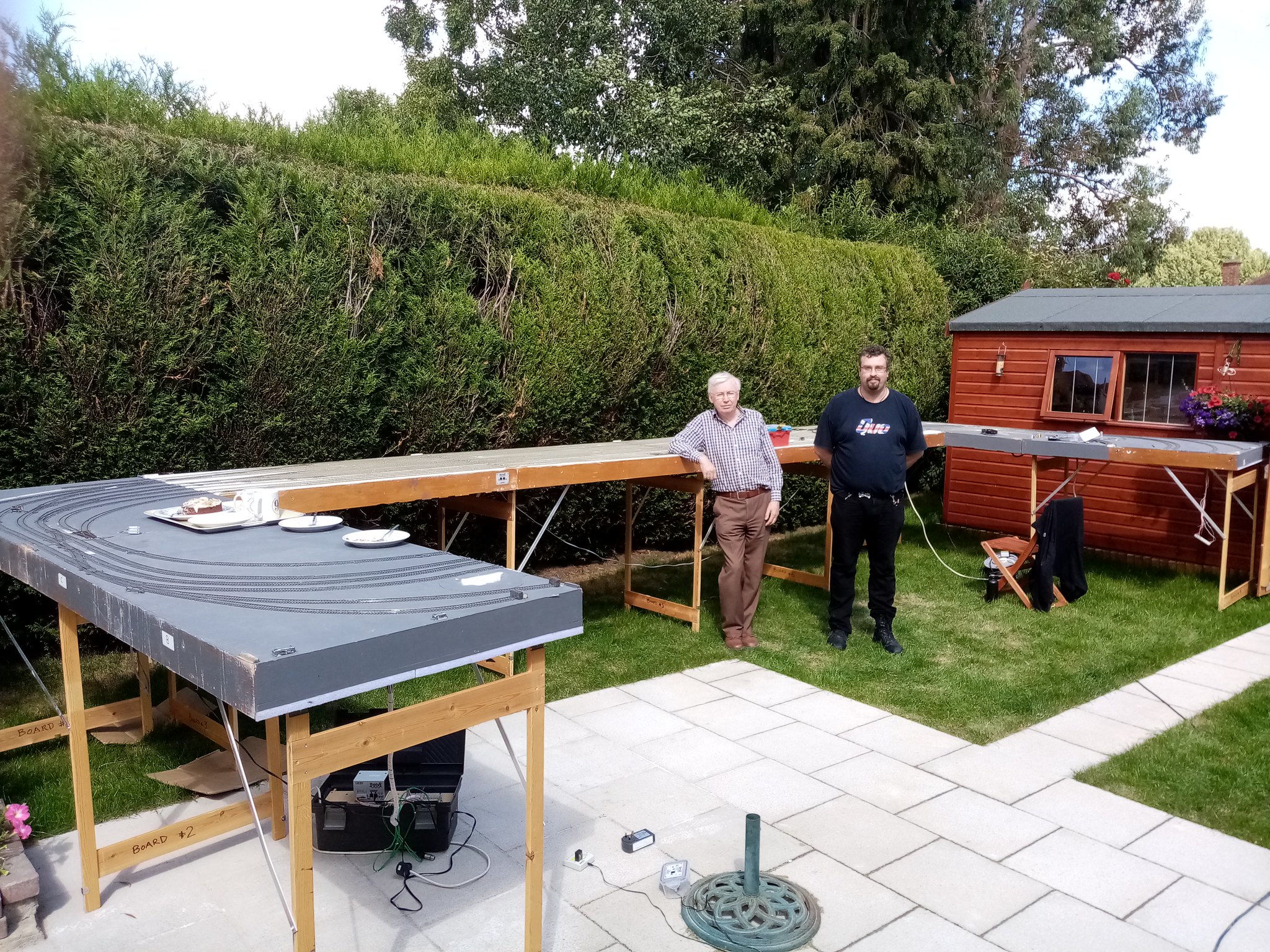 My original DCC expert has had to drop out due to health issues but a DCC expert living 400 miles away and a professional IT engineer (non-modeller) living 500 yards away have combined to programme the software - so now we have route selection! Selecting any of the 25 routes now involves two or a maximum of three button pushes and takes four seconds.

1. Happy operators!
2. The opportunity to fully exploit all the operating features which are built into the layout.
3. Now looking forward to Fareham exhibition!
T

I will try to explain the extra features we can now easily incorporate.

The parallel red lines are a double track China Rail (diesel) main line - left hand running as in the UK - and a bi-directional (steam) regional railway which starts out parallel to the main lines but then swings away at the right hand side. There is a major freight yard off scene to the left serving both the China Rail and regional lines.

At Bristol and Stevenage we were basically restricted to running these lines in the simplest roundy-roundy way - anything else was just too time-consuming to set up as we need constant movement on the scenic section.

Joined Jun 20, 2014
·
214 Posts
Since my last post we have attended two exhibitions - Fareham in October and Warley in November. Both were quite stressful.

Since a house move 14 months ago I no longer have easy access to a close-by church hall and so that means the layout can only be run/tested at exhibitions - hence the issues at Fareham and Warley! But we learnt lessons at Warley and have been working 24/7 to sort out the issues.

Our next show is Aly Paly in March and we now think we have tackled all the problems and that at Aly Paly and beyond things will be much better.
T

Joined Jun 20, 2014
·
214 Posts
Here is a video taken at Warley by a professional YOUTUBER from Germany.

Unfortunately we were having some operational issues in the fiddle yards and so you see the same trains more often than I would like. We have solved those problems now and so the layout will perform much better at Aly Paly and beyond.

So the layout you see here is not as good as I wanted to be by now - but it gives you a flavour of the layout wit will be one day - hopefully!

Joined Jun 4, 2007
·
249 Posts
Great layout and video. I really like the concrete apartment blocks. Are they made from the Piko kit?
1 - 20 of 35 Posts
Join the discussion
Continue with Facebook
Continue with Google
or sign up with email
About this Discussion
34 Replies
8 Participants
Last post:
TDMRC-MOD 3 mo ago
Model Railway Forum
A forum community dedicated to Model train and railway owners and enthusiasts. Come join the discussion about collections, displays, models, styles, scales, motors, reviews, accessories, classifieds, and more!
Full Forum Listing
Explore Our Forums
OO Gauge & 4mm Scale DCC On My Layout The Station Concourse Tracks, Layouts & Scenery
Recommended Communities