This was taken on 06/09/2014 between Nördlingen and Treuchtlingen, Bavaria.

David,
I don't blame you for not putting the extra details on your new cars! When I've done mine, I find the details are so fragile, if I transport them to run on my friends layout, I have to redo them every time. They're still gorgeous as they are!

Adrian,
Those Busch (& Ricko) cars are simply gorgeous, I love them!
Cheers,
John. 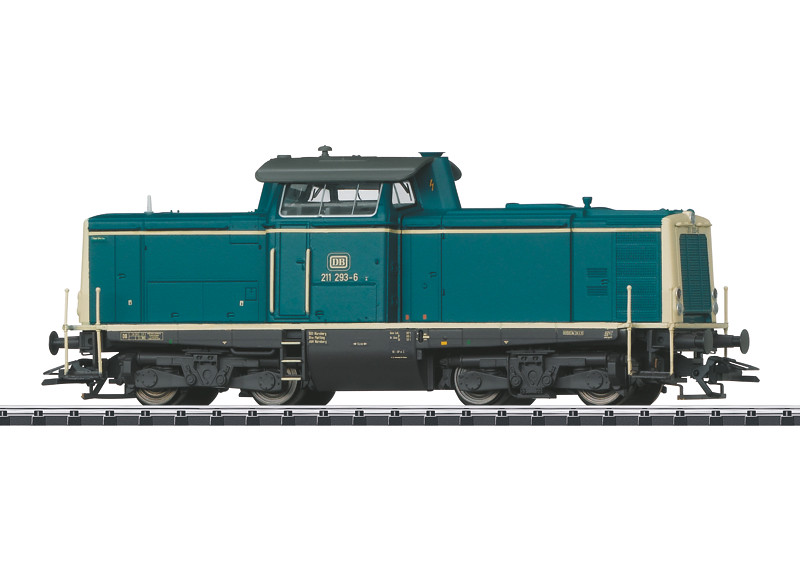 https://flic.kr/p/HG4tqb A fully sound fitted BR211 by Trix.
An AWFUL lot cheaper than the recent Brawa BR212! Hopefully, the running quality will be more than adequate and as long as the sound is fair, I shall be happy. (this leads me to a new topic!).
Cheers,
John.

· What do I put here&#33;?&#33;
Joined Oct 19, 2009
·
882 Posts
Pretty!
I can see it's a 231 of some kind but not knowledgeable enough to tell which one! SNCF, PLM, quelle?
What make, please?
A friend has recently told me about a French collegue of his, who has another French loco that can do a digitally controlled wheelspin before accelerating but he can't remember the make! I'm fascinated by this!

If anyone ever produced the 240P - that's it! I'd have to go back to at least some French outline!
Cheers,
John.

· What do I put here&#33;?&#33;
Joined Oct 19, 2009
·
882 Posts
Aargh!
That P6 is lovely! My local model shop had a sound fitted one in for ages, as I was slowly starting to take an interest in Prussian outline.
By the time I realised it would be worth having, it had gone!!!
So! I'm another one hoping to come across one, sorry! At least I can console myself with my Brawa G5.4 instead, as that's quite similar really.
I do enjoy seeing all these models, thanks.
John.

· What do I put here&#33;?&#33;
Joined Oct 19, 2009
·
882 Posts
Hi Mario & Bice,
It's nice to see some American in/on here, after all it is "Latest purchase in H0 and International"! I've never seen a "Western Pacific" loco in Armour yellow (also know as 'yellow peril'!), I guess this was just after the UP takeover? I have seen "Missouri Pacific" locos painted this way before though.

Hi Babz,
Phwoaar!!! That BR65 is gorgeous! How does she sound, please? I have an older Brawa version but mine needs some attention as I recall.
I have a Trix BR96 with sound in K. Bay livery but I actually found this one to be a bit 'so-so' in the sound department. Also, the headlights on mine are quite pathetic!
Cheers,
John.

· What do I put here&#33;?&#33;
Joined Oct 19, 2009
·
882 Posts
Hi All,
That sounds like a great trip 6991, I'm envious! Your dad is doing really well too!
Back at the end of July, I took Mrs E and myself on a quick trip to Germany, ending up seeing Sting in concert in Wiesbaden (her birthday treat!).
I actually planned a little too much for us to do, changing hotels every night for almost a week was not fun and it was hot and humid!
We flew to Dusseldorf (it's rather nice!), then to Koln for sightseeing then we did a nice run down the Rhine stopping overnight at Rudeshiem which was reminiscent of my first spotting trip several years ago now.
We did take a couple of days out in Wiesbaden, it's a really nice place with a lovely terminus station, onto Frankfurt and then (with a rather expensive ticket!) by ICE back to Dusseldorf. That was impressive and Mrs E. certainly enjoyed that, although not as much as the concert, of course!
At least she said, "Next time, we'll stay in just the one place" so hopefully, we will get to go again.
Also, I will research the model shops better next time - I didn't find one while we were there, shock horror! What was really horrifying was while walking in Dusseldorf, we almost passed Menzels, aargh!

On the 'new' front, I haven't actually had much cash lately so spending is severely reduced, however I have fallen in love with US outline again and plumped for this little beauty!;


It's an Atlas H0 scale (of course!) Alco HH660 in Elgin, Joliet and Eastern paint scheme. I've taken quite a shine to this road, it's a fallen flag now, sadly but in it's day it was really fascinating.
Cheers,
John.

It's a Baldwin, possibly an S-12 - I'm not sure as there was no box but for £23, who cares? (via Anoraks!).
It is a Stewart model, Chinese made and runs really well.
Happy to run it as "Erie" but eventually it may well get an all over orangy-brown scheme for the EJ&E!
Cheers,
John.

· What do I put here&#33;?&#33;
Joined Oct 19, 2009
·
882 Posts
Phew!!
That is some collection Babs! How long have you been at this though!?!
I'm into German outline for some ten years now and have barely half your numbers! Prior to that, I was into American for about twenty years and still had less, plus it cost much less, an awful lot of which a few years ago to help finance the German.
Chapeau!
It's a nice, happy raving though, eh?
Cheers,
John.

· What do I put here&#33;?&#33;
Joined Oct 19, 2009
·
882 Posts
Hi Babs,
Oh my! Yes! I like that, rather a lot!
What a smashing little loco. I have to admit, I don't know much about Swiss railways but I do like the BLS, especially their wonderful old electric locos. I thought they had lost a lot of their character lately, with buying standard European designs.
I've never seen this one before, must pop over to RailfanEurope and read up on them.
Cheers,
John.

· What do I put here&#33;?&#33;
Joined Oct 19, 2009
·
882 Posts
Ooh, the German language!
I am a very poor and hesitant speaker, I do try but often find that I freeze up over simple words.
6991 is quite right about reading the magazines and even, forums! I watch the EK and others videos/DVDs and I must admit, I do pick up more than I used to but it has taken me some ten years to get this far. In some ways, the power of the internet has slowed me down, "Google translate" does the work now and that makes me lazy plus, so many Germans are always so happy to practice their English!
It's weird, I can pick up the most basic phrases in many different languages but to go more complex takes quite a lot of effort however, when a local is impressed by your command of anything even basic stuff, the thrill is just brilliant.
John, currently studying Greek, German, Italian and a bit of Russian!

· What do I put here&#33;?&#33;
Joined Oct 19, 2009
·
882 Posts
Fascinating stuff chaps, thank you!
Pardon my ignorance but here goes!
I can understand why a loco with a Swiss pantograph cannot run in Germany as the pan may fall off the catenary but can a loco with a German pan, run in Switzerland?
Cheers,
John.

· What do I put here&#33;?&#33;
Joined Oct 19, 2009
·
882 Posts
QUOTE (Greyvoices @ 23 Dec 2016, 02:05) <{POST_SNAPBACK}>The simple answer is "Loading Gauge"; the Swiss adhering to the original Berne Gauge which is referred to as G1, the German standard being G2.
Thank you so much John!
I honestly never realised there are different loading gauges in Europe, I really thought the Berne Gauge was the European loading gauge, excepting Iberia and the former Soviet block/union, and that was it! How wrong can you be?
Cheers,
John.
PS sorry for the thread drift. 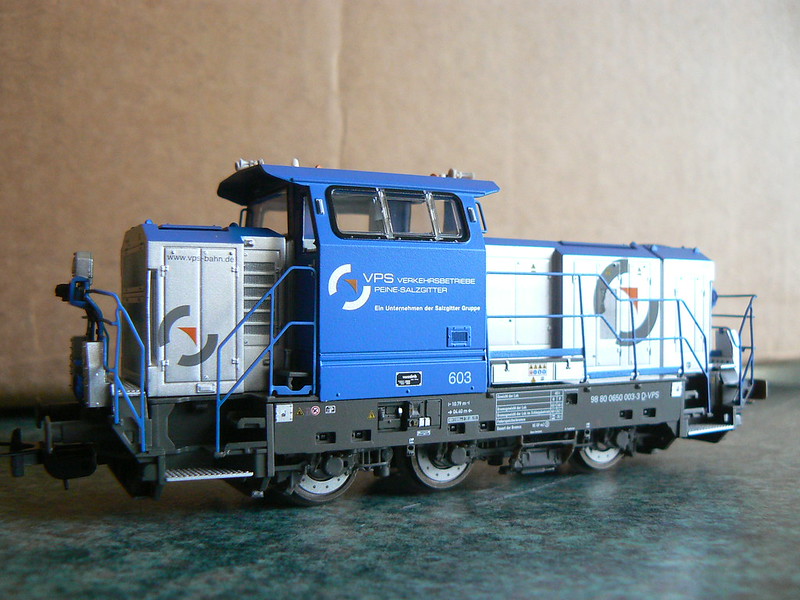 This is a Piko Vossloh G6 which is a modern diesel hydraulic shunter in H0 scale, from Lippe. With 1€ postage and some £30 cheaper than in the UK, how could I resist?
But, you say, I model KPEV! Well, true but my next most powerful 'draw' is bang up to date stuff - as seen in Germany today.
It really is a beautiful runner on analogue DC, smooth and powerful, it's surprisingly heavy for such a small loco. It seems to have quite a large capacitor fitted, I don't know if that is some sort of "stay alive"? It also has two phosphor-bronze pick ups per wheel which I thought impressive.
Apparently there are lots of digital functions to control lights, cab, shunting etc not to mention a ready installed speaker for those who like sound.
However, mine is currently on it's way back to Germany* as I could not get inside it to fit the decoder of my choice, hopefully it will get sorted in a month or two.
Cheers,
John.
* at Lippe's expense, can't fault their service, excellent response.
1 - 20 of 74 Posts
About this Discussion
1.6K Replies
51 Participants
Last post:
Adrian 2 h ago
Model Railway Forum
A forum community dedicated to Model train and railway owners and enthusiasts. Come join the discussion about collections, displays, models, styles, scales, motors, reviews, accessories, classifieds, and more!
Full Forum Listing
Explore Our Forums
OO Gauge & 4mm Scale DCC On My Layout Tracks, Layouts & Scenery HO & International